Why French wine does not cause a hangover

Since being in France, I have been imbibing significantly more wine than I ever usually would. I mean, it would be crazy not to. Prices start at around Euro2 for something quite decent at the supermarket, I'm on holidays and it is absolutely delicious.

What really perplexes me (in a good way), is that, despite consuming these seemingly vast quantities of wine - especially when compared to what I usually drink - I don't really seem to get a hangover.

It makes no sense. (Though I'm certainly not complaining.)

It seems I'm not the only one who has had this experience either, with various explanations about.

One theory goes that when wine is exported from Europe, extra sulphate is added to preserve it, so it is suitable for consumption on import. That it is the additional sulphate which causes your hangover  - even as between the same bottle of wine consumed in Europe as opposed to the US. However, there is some criticism of this theory because apparently all wine has some sulphate, and certain foods do to (for example dried fruit), and they do not give you a hangover, even if you consume a lot.

Alternatively, it could be because of the yeasts, which produce histamines in the wine. This is the cause of the horrible blocked sinus feeling you get the day after. This makes a little more sense, because there tends to be a higher yeast content in cheaper wines and Pinot Noir. In France at least, I haven't often had the occasion to drink Pinot Noir. Further, I tend to think that the French wine, even the cheap stuff in the supermarket is of a much higher standard than the average glass of Chardonnay I might be tempted to consume on a Friday night in LKF. However, this doesn't explain why even when I drink a more expensive glass of wine in Hong Kong, the hangover is still so much worse.

A final argument is that it's because of the way you consume alcohol when you are in Europe compared to your home country (assuming this is say the US, Australia, the UK etc). That because you are in Europe, you are having wine with food, water, and because you are on holidays you are walking around more and so the alcohol is being broken down.
I must say, I disagree most with this argument. When in Hong Kong (or anywhere else for that matter) I always drink loads water with my booze, I almost always have a meal, and I'm generally a lot more active at home (running loads, chasing a toddler) than I am when I am sitting still for a long lunch in Normandy, followed by a little outing to the Bar, followed by dinner with wine. 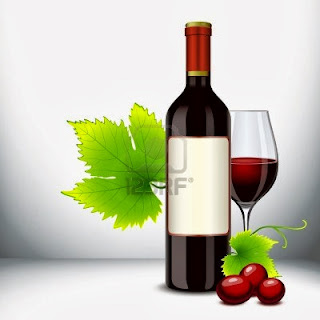 And so I have no idea why I seem to wake up every morning a little bit sketchy, but with no real hangover to speak of, compared to Hong Kong, when after just two glasses of wine, I would have a banging headache and feel terrible all day. However, just like the cheese issue, it's a pleasant "side effect" of being in France that I'm prepared to put up with.