I adapted this idea to help to teach Henry to count. The best thing about this "game" is that Henry thinks it's fun.

All it is, is two sets of paddle-pop sticks numbered one to ten, one set in English, the other in Chinese (中文).

There are a number of games we play.....

We mix up the paddle-pop sticks and then "guess" whether they are Chinese or English, and then sort them according to that. 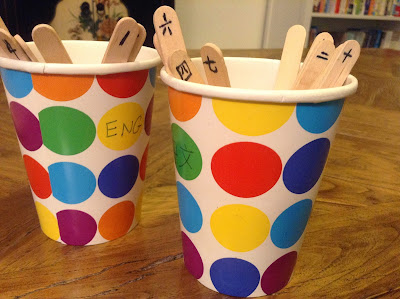 We try to get the sticks in the correct order (though this is a little beyond us right now.) 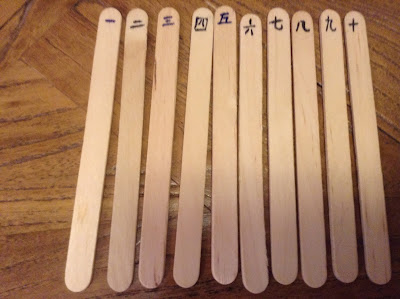 The sticks are also great for learning number recognition. So far Henry's favourite number is 8. I'm not sure why. 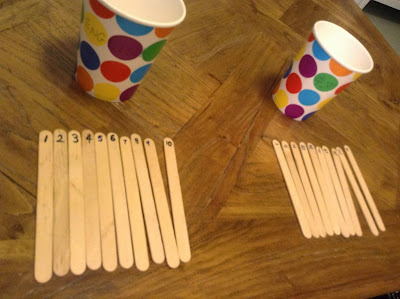 This video is of him practising his counting. It was taken a few weeks ago and it was one of the first times he managed it, with only a little prompting!