DB Big Day Out! (Or why I think Discovery Bay is Awesome)

People who live in Hong Kong criticise DB, I mean take the name of the place to start with, Discovery Bay. What kind of name is that? Surely, it does not belong to a real place. It sounds idiotic - perhaps it could be some lame resort. I'm not sure, but in my opinion, it's dumb.

Then there is the sameness of it all. There's the tennis wives, and, "it's just not Hong Kong", how many times have I heard that? No, because LKF is Hong Kong.

And of course, there's the swingers (or so I've heard.)

I must say, when I first moved here, my comment to Lachlan was that, "it feels like we are living in a caravan park". After all, there is a lot of grass, many picnic areas, the ratio of kids to adults is unnatural It has public toilets that only open between 7am, and 8pm (this SUCKS if you are an early morning runner), and from a distance, the buildings appear to be made either from cheap yellow fibro - like a scout hall, or that lovely salmon brick colour made popular in the 1970s and 1980s.

However, I must confess, that while DB does remind me of the town in the TV series Weeds, I love living here. (Minus the weed of course - I'm an athlete!)

Today, Henry and I had an exellent DB BIG DAY OUT!

Firstly, because it's preschool holidays, having nothing to do, we went for a stroll to the Plaza.

And, what did we find, but A Mobile Library. How cool is that? (I love libraries.) 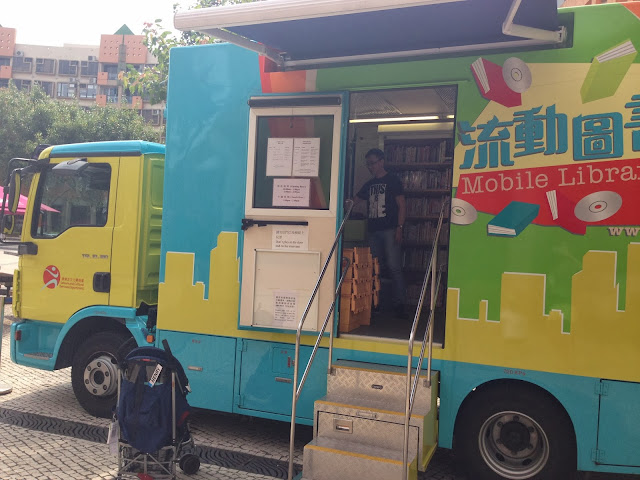 While it was very small, and actually I have more books at my house, the Mobile Library's books were  different books to the ones that we have at home, and so we borrowed some.

We have already finished two of Henry's choices and they were great. They were made extra good because while being cute stories, they were short (and I'd promised two stories before bed), and because they are library books, we must eventually return them, so I won't have to read them a million times.

After that, we went and had some fresh chopped mango. Super yum, and a great way to get some fruit into the toddler who is otherwise on a white-food-only diet. 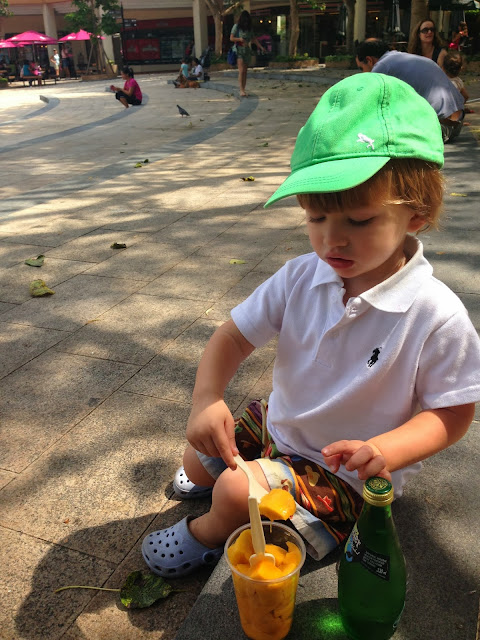 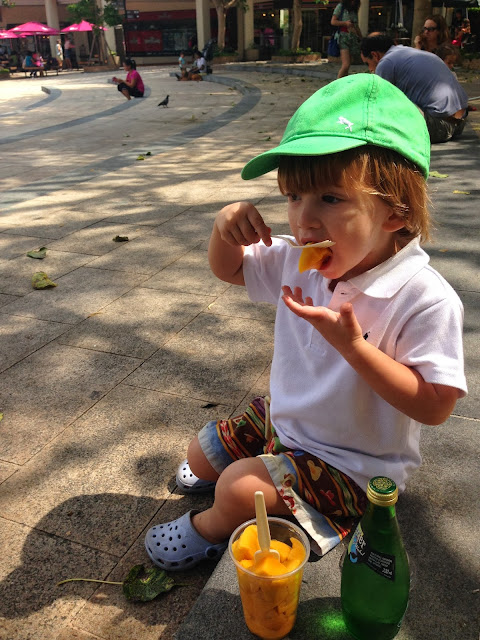 This afternoon, we had a lovely time visiting friends. That was until my darling son threw a lego car at his buddy's head. To make matters worse, he wouldn't apologise. I'm not sure what is going on, but rest assured, he was in BIG TROUBLE.


A simple day, but a good day - despite the lego incident!

And so in my opinion, while DB gets a bad rap because it is quite weird, it's not as bad as everyone says.

Email ThisBlogThis!Share to TwitterShare to FacebookShare to Pinterest
Labels: Family, HK Adventure Days, things to do with kids in HK