How is it that toddlers know exactly how to wind-up their parents? You follow all the parenting rules (most of the time anyway) of being firm but kind, consistent and fair. It does nothing.
All those parenting experts are liars. Trying to remain calm and speak to your toddler in a reasonable voice is a massive waste of time. All it does is cause more rage to build.

The 2 year old is always, at all times, in charge of the show. No matter what you do. It starts as a constant whine in the background. Like a fly buzzing when you can't sleep, but the intensity of the buzzing builds exponentially, until your head feels like it is going to explode.  (But of course, you still can't yell and scream and carry on, because the child is not being evil per-se, they are just being two.)

It was with this spirit yesterday, that Lachlan, Henry and I set out on a road trip to Mont St-Michel on the coast of Normandy.

"Mont St-Michel always stirs the imagination. Seen from the shore rising out of a mist, there is something distinctly otherworldly about it".

"Shrouded by mist, encircled by sea, soaring proud above glistening sands - the silhouette of Mont-St-Michel is one of the most enchanting sights in France".

What an adventure we had been promised!

We had a good trip because Henry slept most of the way in the car - seemingly the perfect angel. (That was until he woke up, then screeeaaaammmmmed.) Still, by the time we arrived Lachlan and I were both relatively relaxed and excited.

We arrived, parked in the tourist zone, jumped on the tourist shuttle and found an incredibly touristy and overpriced restaurant for lunch.

This is when things started to get really pear-shaped.

My darling son decided he was only interested in eating white bread, and then he preferred throwing it to eating it. Despite being served one of his favourite foods - a (massively overpriced) omelette with cheese - he refused to let any food of any nutritional value pass his lips.

Of course when the set-menu dessert arrived he was all over that (until we told him it was "coffee". Hahaha at least two year olds are gullible!)

Fed and watered, (well some of us anyway) it was time to visit the Abby. Despite ruining the lunch, Henry was actually pretty well behaved when we visited the Abby. It was strange.
He was unnaturally excited about it actually. He had also been really enthusiastic about visiting the Abby in Lonlay the previous day. In fact, there had been tears when we left that Abby.

Was he suddenly fascinated with religion, feeling that he wasn't getting enough at home? Did he just like the gothic architecture? It was all a little odd.

When we arrived and sat down in the pews, Henry was all excited, looking around everywhere for "Abby! Abby!"
And then I worked it out. He thinks we are going to visit Abby - the character from Sesame Street, not an Abby were the monks live. He is waiting for Abby to appear.

Unlucky kid! No Sesame Street appearances in this part of the world.


The trip back vacillated between low-level whining and all out screaming. The first exception to this was when we stopped at the supermarket. Here, Henry screamed because it wasn't enough that he sit in the trolly and be pushed by Lachlan. No, he actually needed to be carried by Lachlan.

The second exception was when we could no longer take the whinging and whining anymore. We stopped for a coffee. It was at this point Henry decided to try to run into the traffic.

It was an interesting day, with an impressive Abby. Though why anyone would embark on such an adventure with a toddler in tow is beyond me. 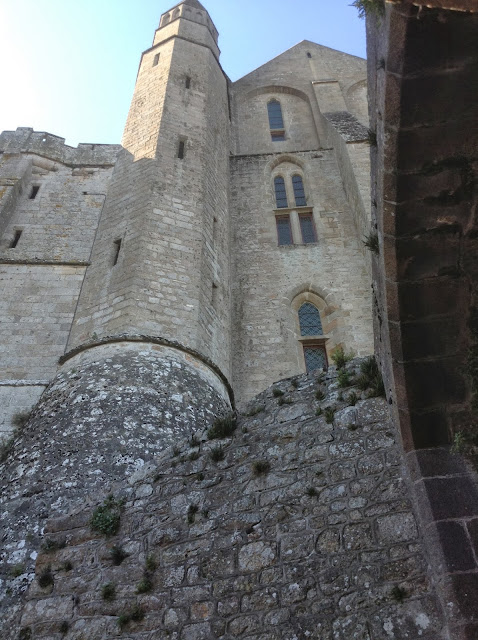