So far, Berlin seems like the kind of place where the longer you stay, the more cool things you will find. 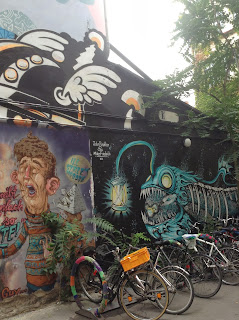 I spent my first day of freedom, somewhat overwhelmed by jet lag and exhaustion (proof; I was first off the plane, and, on arriving at Berlin airport, I managed to walk straight past the baggage carousel through the "red zone" and into the outside world, without collecting my bag.
I then had to go to lost and found baggage to get my bag returned. For your reference, if you ever have a lost (or forgotten) bag in Berlin, this is across a carpark, down a random lift, in a shed in the middle of nowhere.
I was so embarrassed that I almost cried. In my defence, the lady at KLM baggage claims told me that, "don't worry, this happens all the time." It truly wasn't obvious where to collect your bag!
Second fail of the day was when I thought I was adding parmesan to my spaghetti bolognese for dinner; it was not parmesan, it was sugar. How do you confuse the two? Idiot! I think I was more tired than I realized.)

Despite these incidents, I'm still alive, and I've managed to get through a second, entire day without harming myself or others. 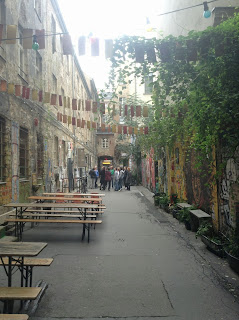 Partly to save my legs, and also because I'm lazy and it's cold, I took a double decker bus tour (I got a bit confused working out where and how to get on - no surprises there!) While it was a good way to see the city, it's not really my cup of tea.

I also went to two Art Galleries (I love the peacefulness, and looking at the artworks) which was made all the more peaceful because I was on my own. I went to the Berggruen and Muesum Welt in Charlottenburg.  Lots of surrealist paintings by Picasso and Paul Klim, but my favorite thing was the incredible architecture of the Mueum Welt.

And then I went to KaDeWe - Berlin's famous department store, for a coffee and a little browse around. (I find shopping very calming in the lead up to a race - it takes your mind off things, plus after all that training, you are usually at your slimmest.) 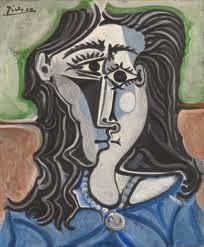 Last night I had one of the best meals I've ever eaten. I'm staying in the hip Mitte district, and stumbled on this little place called Lebensmittel in Mitte. I had veal in a grape-cream sauce with radicchio mash and a whole artichoke. And I couldn't say no to the rhubarb cake. Incredible!