A serious hobby or seriously selfish? The rise of the Cycling Widow

Even before I had a child of my own, I used to feel for the “cycling widows” of the guys in the group I rode with.

Now, before I launch into a rant, I want to clarify; not all of the cycling wives of the guys in our group could aptly be described as “widows”. From the outside at least, there were some members of our group who seemed to balance work / cycling / husband duties / and parenthood in a reasonable manner. 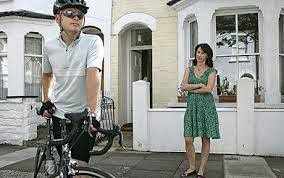 However, this was not the case for all. And, especially since I have become a stay-at-home mum, I really feel for those women whose partners work long hours, and then seem to spend the rest of their time (at least 3-4 mornings during the week, then up to two half days on the weekend), cycling. Some of these guys even then spend their holidays, cycling – sans family.

Whether or not these mums and wives are working, when they are then picking up the lion’s share of childcare and household duties so that their husbands can ride, from the outside at least, this seems more than a little unfair.

And while I completely identify with these guys passion for cycling, and admit, that one of the most fun trips I have ever had was a week long cycling adventure with my buddies to Adelaide for Australia’s Tour Down Under, I do wonder at the impact such “serious hobbies” have on the family.

The irony of this is that as I write this post, I’m spending 3 days in Berlin without my husband and son. I’ve arrived earlier than them in order to acclimatise / get over jetlag / chill out (aka go to museums and shopping without a toddler in tow) in preparation for Berlin Marathon on Sunday.
And as far as my running goes – it certainly should be categorized as a “serious hobby” if for no other reason than the shear volume of time that I spend doing it.

So then, I guess my question is, when we are not elite athletes, (and aren’t ever going to be paid an athlete’s salary) how much is too much time to spend out on the roads, away from our families?

Of course, every family is different, and what works in one family dynamic won’t fit others.  And I wholeheartedly believe that where possible, every member of a family should be able to pursue their passions and interests. I’m just not sure where the correct balance lies. 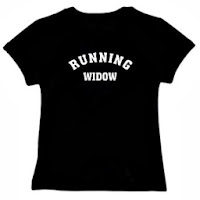 It goes without saying that from where I sit, I would much rather have a husband who is working and riding, than a husband who is working and then spends every night at the pub boozing and watching footy, but I query whether this would be how I feel if I had a husband / father for my son, who spent one night a week at the pub, as opposed to 5 or 6 days on the bike, if it meant that after his one night out, he was at home, and totally attentive to family life, instead of flat-out on the couch because he is wrecked from his long rides (for the record, my husband doesn’t fit into either of these categories – nobody freak out).

I also wonder whether a serious hobby is, or should be something that should be limited in terms of hours spent. For example, maybe I would feel the “cycling widows” are getting a fairer deal if they also had 10-15 hours leisure time to pursue their own interests. After you have kids (and even before!) it’s a tough balance.

It’s even trickier because these hobbies do come with loads of fitness and health benefits, they are a great “clean” social outlet, and on occasion the families do get together, and often become friends.

And for the talented few among us, it’s undeniable that if they are ever going to turn their serious hobby into something that pays, they need to spend a serious amount of  time in its pursuit. (Though of course, the pursuit of money is rarely the goal of such activities, and nor should it be.)

At times, I do feel guilty for the time I spend running, away from my family, but I feel that most of the time I can justify this because I’m otherwise a stay-at-home mum, and spend a lot of my time devoted to my husband and son - even if what I’m doing in my spare time is not bringing in cash. (quite the opposite in fact;  both in terms of outlay, and also in terms of opportunity cost, it’s ultimately costing a bit…. Though nothing like I used to spend on triathlon / cycling .)

I guess I don’t know what the correct solution is and there is no appropriate "one size fits all". However, I would call the true widows of cycling (and all other sports) to stand up for yourself and claim back your own leisure time; just because your partner spends all his (or her) spare time participating in a hobby that has health and fitness benefits, is no excuse for him (or her) to neglect the family, and nor should your own leisure time have to suffer.